Diamonds that set the record in 2019 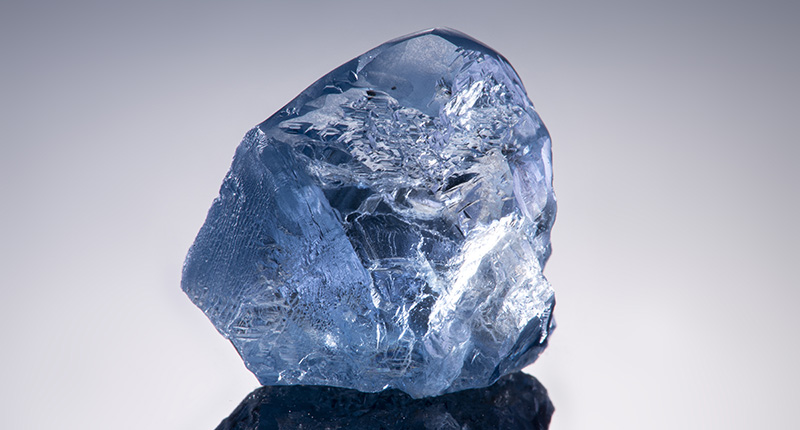 Diamonds that set the records in 2019

In November, Petra Diamonds sold a 20.08-carat, type IIb, gem-quality blue diamond recovered at its Cullinan mine in South Africa for $14.9 million, or $742,032 per carat, the upper end of analysts’ estimates.

Petra sold a 425-carat, D-color, type II, gem-quality diamond for just under $15 million in May. The Legacy of the Cullinan Diamond Mine was bought through a partnership between Dubai-based Stargems Group and Belgium-based Choron.

In September, Nemesis International unveiled the emerald-shaped, 313-carat, VVS-clarity Constellation 1, the largest D-color polished stone in history. The diamond is one of a collection of eight stones cut from the 813-carat Constellation rough, which Nemesis bought in partnership with Swiss jeweler de Grisogono.

Another record-setting polished cut from a famous rough was the square emerald-cut, 302.37-carat, D-color Graff Lesedi La Rona. The diamond was unveiled by Graff in its collection of 67 polished stones cut from the 1,109-carat Lesedi La Rona, and is the largest of its shape. If it turns out to be flawless, as expected, it would also be the largest D-flawless graded by the GIA.

Sewelô, a 1,758-carat, near-gem-quality diamond unearthed at Lucara’s Karowe mine in April nabbed the title of largest rough stone ever found in Botswana, an honor previously held by the Lesedi La Rona.

After 35 years, Rio Tinto’s Argyle mine, set to close in the coming year, yielded a 28.84-carat stone named Argyle Octavia, the largest gem-quality white diamond in the mine’s history.

On the heels of the 1,758-carat Lucara diamond and the 425-carat stone from Petra, another Karowe stone took the next spot for largest diamond unearthed in 2019. A 375-carat, gem-quality stone was discovered iat the mine in September, together with a 123-carat rough.

Alrosa recovered a 232.4-carat, gem-quality diamond with a slight yellowish tinge and several chips at its Udachnaya mine in October, the largest it has recovered in more than three years.

Petra discovered another stone over 200 carats, yielding a 209.9-carat, D-color, type II, gem-quality rough diamond from its Cullinan mine in April.