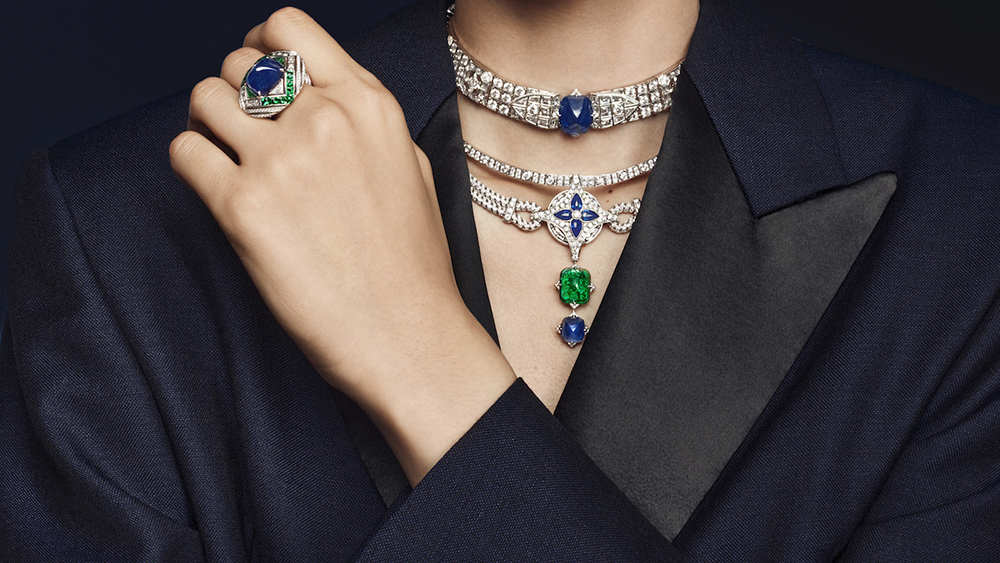 Two hundred years ago, French luxury icon Louis Vuitton was born. To celebrate, the house has unveiled a new collection of high jewelry inspired by the formidable founder and his impact on the industry at large.

The 90-piece collection is the brainchild of Louis Vuitton’s artistic director for jewelry and watches Francesca Amfitheatrof. The 53-year-old pored over the maison’s archives to ensure Vuitton’s legacy was reflected accurately and artfully. And that’s no small feat, considering the visionary is responsible for the iconic canvas trunks and the famous monogram, among many other innovations that paved the way for modern luxury.

Fittingly titled Bravery, the collection is comprised of eight chapters that chart Vuitton’s life chronologically. Think of it as a biography depicted with the finest gemstones and metals. Necklaces are the centerpiece of each chapter and symbolize milestone moments in Vuitton’s life. The collection also includes rings, earrings and brooches.

The first chapter, La Constellation d’Hercule, was named for the constellation under which Vuitton was born on August 4, 1821. As such, the bib necklace is made up of tanzanite, tsavorite and Australian opals that represent the night sky full of stars. 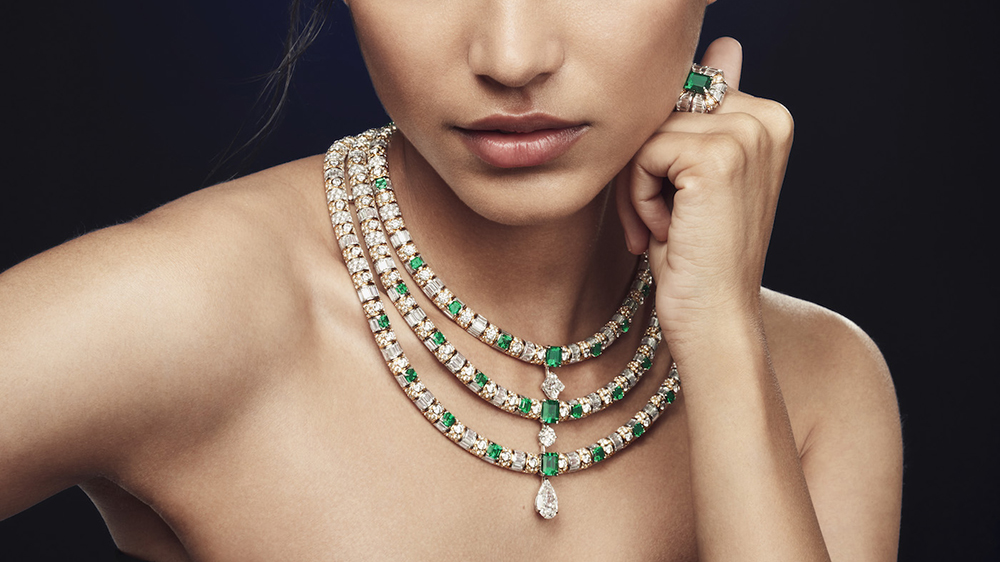 The next major milestone came when Vuitton left home at aged 13, just a few years after his mother died. It took him three years to travel 250 miles from the rural Jura region in eastern France to Paris as he perfected his craft along the way. This plight is depicted in the striking La Flêche necklace, which features three rows of platinum, yellow gold and white gold, entirely pavé-set with diamonds and Colombian emeralds to represent the forests.

“Driven by his curiosity about the world, he embarked on that incredible journey across France. That’s why we have named this collection Bravery,” Amfitheatrof said in a statement. “It’s not a word often used in high jewelry. Yet these notions of determination and adventure are intrinsic to Louis Vuitton, and we wanted to express them through this collection.”

The pièce de résistance, however, is the three-row Le Mythe necklace (top) that combines several Louis Vuitton signatures, including the Damier (checkerboard) pattern, studs and motifs inspired by trunk locks and the flower icon. Encrusted with sapphires, emeralds and diamonds, it represents Vuitton laying the foundations for his house that is now a global tour de force worth almost $15 billion. That’s certainly worth celebrating.

You can learn more about the Bravery collection on the brand’s website, or take a look at more of its pieces below: 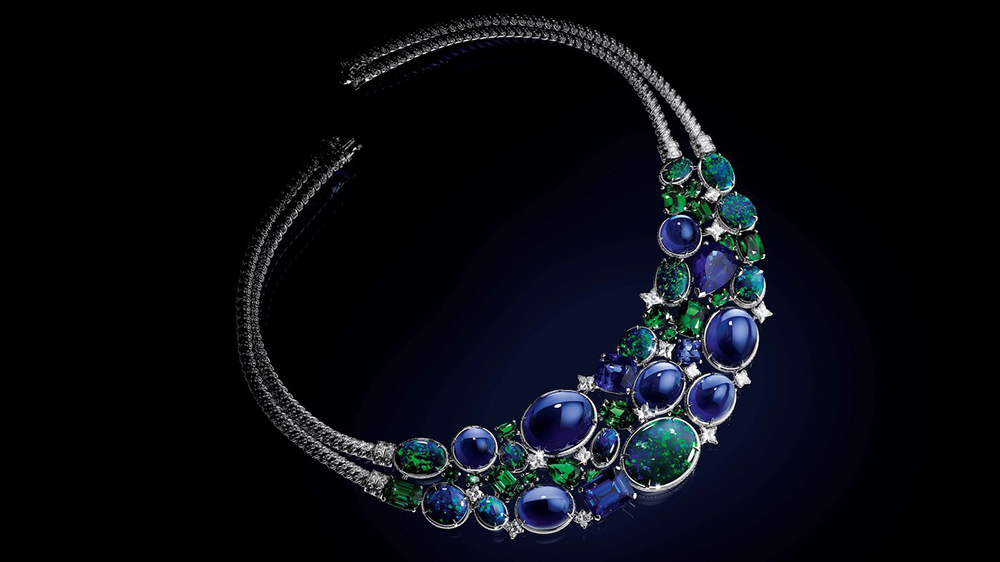 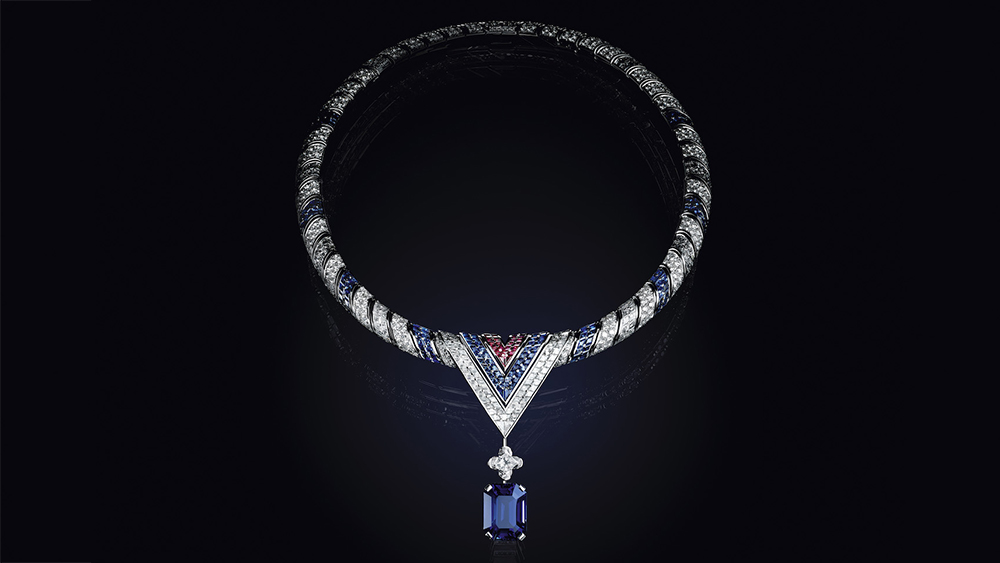 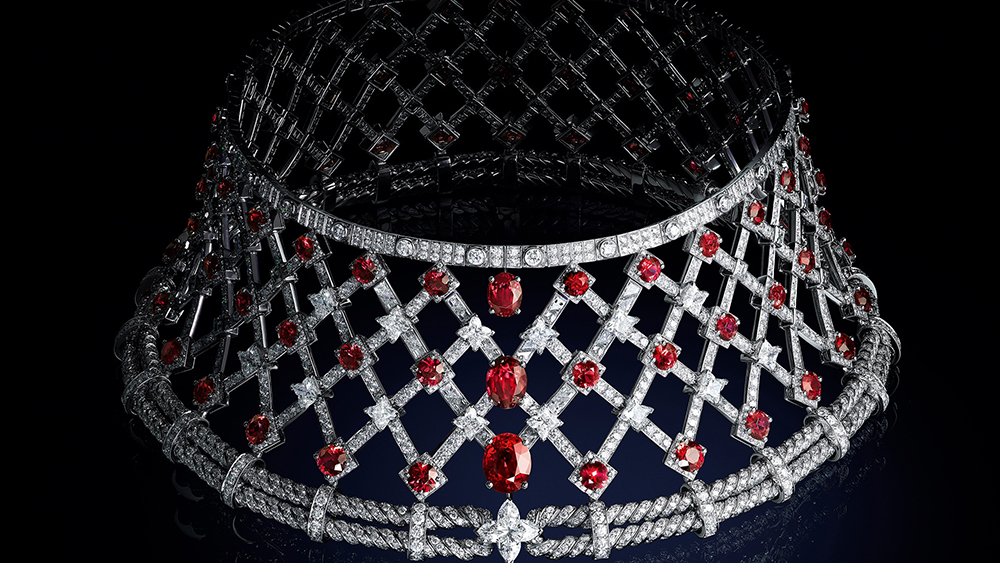 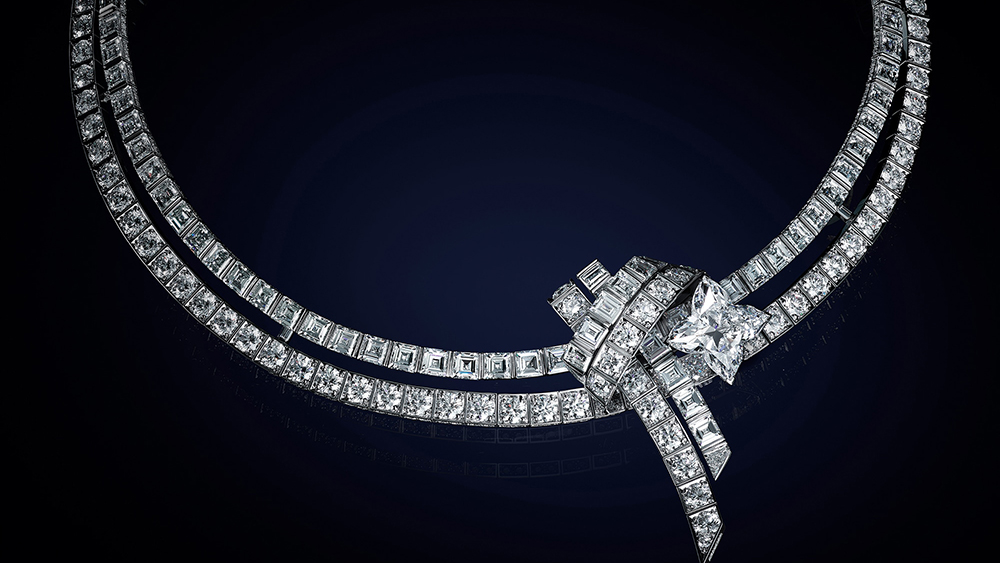 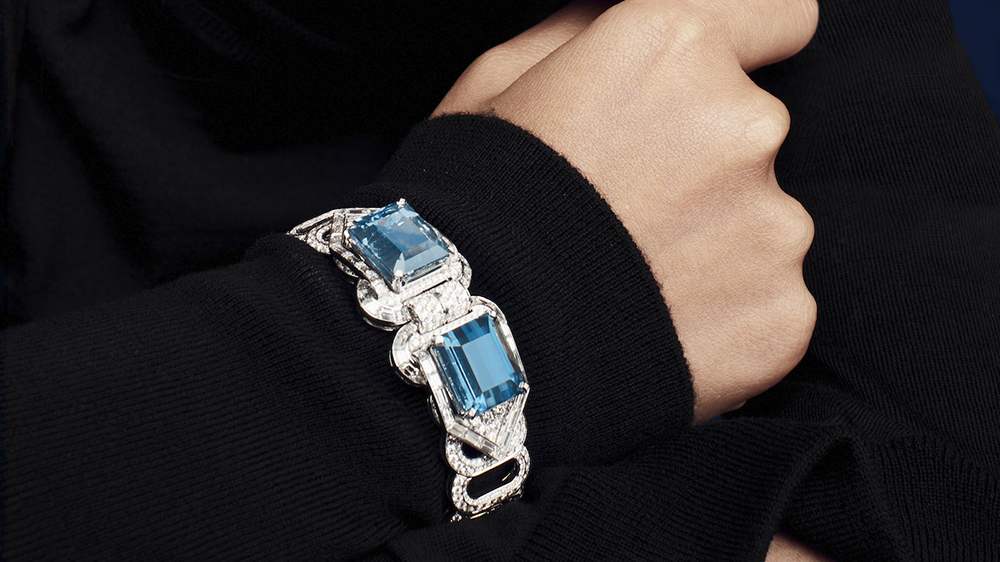