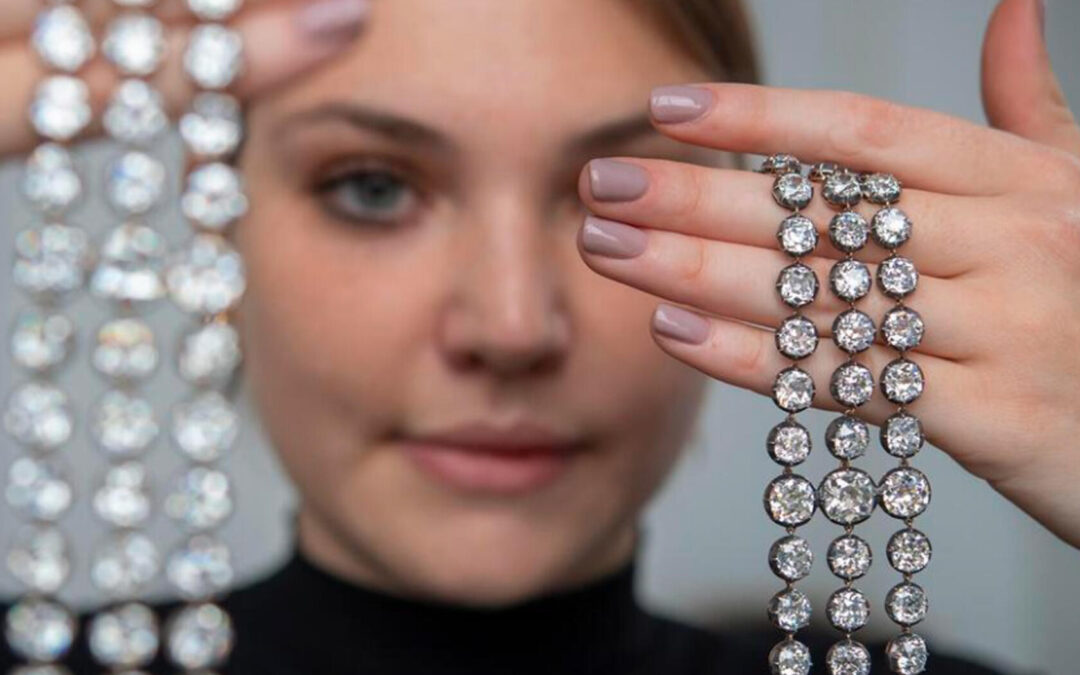 The Duchess of Windsor bangle, however, failed to sell.

Diamond bracelets once belonging to Marie Antoinette were the top lot at Christie’s Geneva’s Magnificent Jewels auction.
Geneva—Marie Antoinette’s diamond bracelets were in high demand at Christie’s Geneva’s Magnificent Jewels auction on Nov. 9, while a bangle belonging to the Duchess of Windsor failed to find a buyer.

Expected to fetch between $2.2 and $4.4 million per current exchange rates, the Marie Antoinette bracelets comprising 112 diamonds and believed to be in their original designs as when they belonged to the last queen of France sold for nearly $8.2 million to an undisclosed buyer.

According to Christie’s, Marie Antoinette purchased the bracelets in 1776—when she was 16 years old and two years after becoming queen—with gemstones from her collection and a sum of money from her husband, King Louis XVI.

Marie Antoinette sent them along with other personal effects for safekeeping to the former Austrian ambassador to France when she and King Louis were imprisoned in the Tuileries in Paris.

She was executed in 1793. The bracelets were given to her daughter, Madame Royale, who donned them in a portrait, and they were passed through the family’s royal lineage for 200 years.

The No. 4 lot was an important diamond ring, which sold for approximately $3.6 million, within its pre-sale estimate.

At No. 5 was an exceptional colored diamond and diamond ring that sold within its pre-sale range for nearly $3.1 million.

Buyers didn’t clamor for the Cartier bangle the Duke of Windsor gave to his wife the Duchess of Windsor on the occasion of their first anniversary in 1938, less than two years after he abdicated the British throne to marry the divorced American.

Featuring two cushion-shaped no-heat Burmese rubies weighing a total 36.15 carats set in platinum and surrounded by more than 24 carats of baguette and circular-cut diamonds, Christie’s had expected the historically important piece to fetch between $1.1 million and $1.6 million.