‘Rarest of the Rare’ Blue Diamond 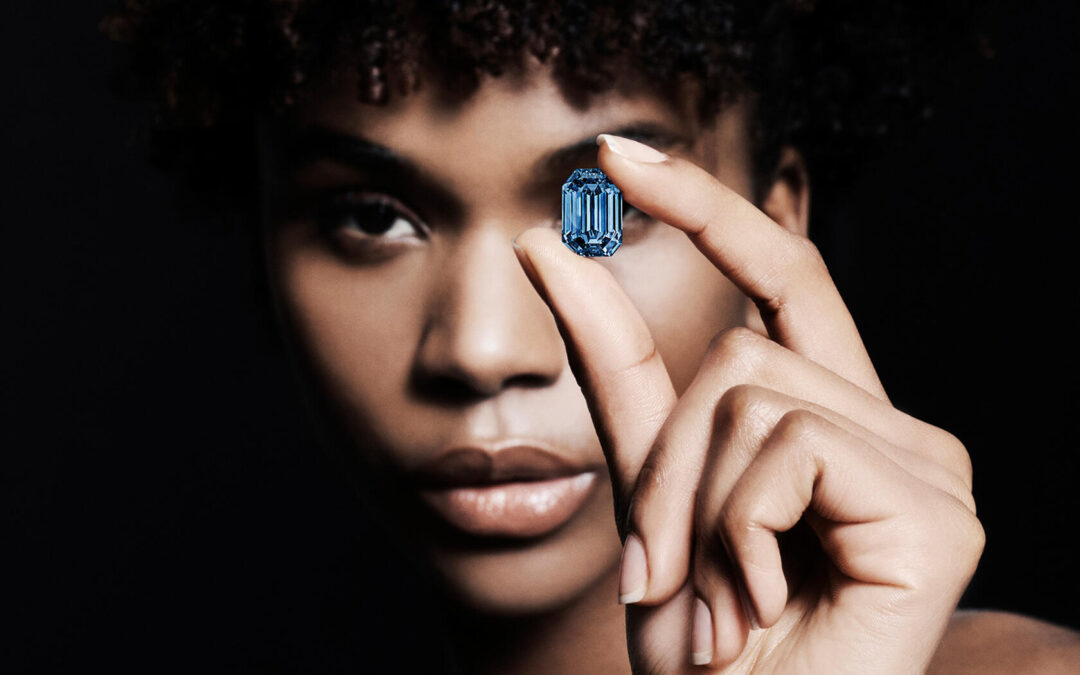 The 15.10-carat fancy vivid blue, mined by Petra last spring and purchased by De Beers and Diacore, heads to Sotheby’s in April. Sotheby’s will put the 15.10-carat “De Beers Cullinan Blue Diamond” up for auction in a single-lot sale this April.
New York—One big blue diamond made headlines when it was uncovered in South Africa last year and purchased by two major players. Now it’s doing so again as it heads to auction.

The diamond is estimated to sell for more than $48 million, or $3.2 million per carat.

Mining company Petra Diamonds uncovered the original rough, weighing 39.34 carats, at the Cullinan mine in April 2021.

Since then, the companies have been analyzing, cutting and polishing the stone to bring the diamond that’s been dubbed the De Beers Cullinan Blue to life.

The GIA Monograph Report on the stone states: “Achieving a fancy vivid color grade in a step cut or emerald cut adds to the rarity, since most other fancy shapes intensify the body color more efficiently in the face-up position than step cuts. To achieve a fancy vivid grade with a step cut or emerald cut, the inherent bodycolor has to be stronger than virtually every other fancy shape.”

Prior to that, it will be showcased in a worldwide tour, starting in New York before traveling to London, Dubai, Shanghai, Beijing, Shenzhen, and Taipei.

“Blue diamonds of any kind are rare on the market, but this is the rarest of the rare; nothing of remotely similar caliber has appeared at auction in recent years. Hundreds of millions of years in the making, this extraordinary blue diamond is surely one of nature’s finest creations,” said Patti Wong, chairman of Sotheby’s Asia.

“Now brought to dazzling life by the hand of one of the world’s most skillful cutters, it is the ultimate masterpiece—as rare and desirable as the very greatest works of art. At a time of unprecedented demand for the finest, world-class, colored diamonds, we are incredibly excited to bring to the market what is sure to become one of the most celebrated gems in the world.”