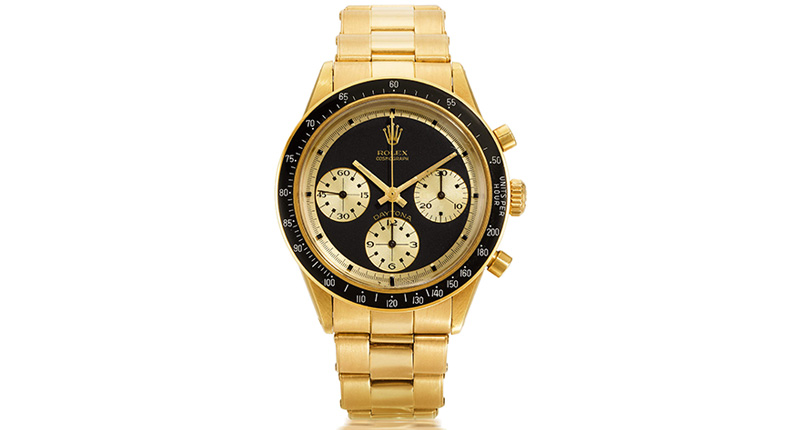 This is the first time this particular watch has been offered at auction.

“The record-breaking sale of this Daytona JPS summarizes in many ways the takeaways of this pivotal season: the eagerness of collectors to embrace new ways to transact with us, their resolute confidence to buy and sell high-value lots online and, of course, the unabated appetite for freshness, quality and rarity,” said Sam Hines, worldwide head of Sotheby’s Watches.

Sotheby’s broke several of its own records for watch auction results this spring.

This included the top lot of the “Masterworks of Time” sale—the Dent “Ultra Complication,” one of the most sophisticated watches ever made, which nearly doubled its pre-sale estimate when it sold for CHF 800,000 ($832,240) to set a record for a pocket watch sold in an online auction.

The most expensive watch ever sold at auction remains the Patek Philippe Grandmaster Chime Ref. 6300A-010, which went for $31 million last fall.