State of the Diamond Industry 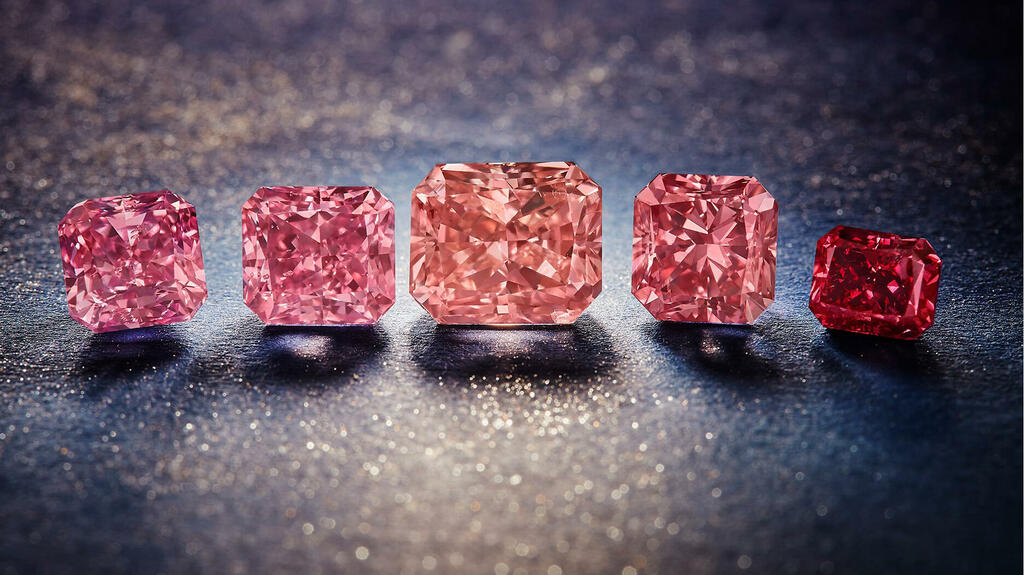 State of the Diamond Industry: Where Does Supply Go From Here?

The 2008 economic crisis, COVID-19, and sanctions on Russian goods have set the stage for an interesting decade for natural diamond supply. The sun sets over the open pit of De Beers’ Gahcho Kué diamond mine in Canada. In operation since 2016, it is one of the world’s newest diamond mines and one of the main reasons global diamond production spiked in 2017. (Photo credit: Ben Perry/Armoury Films, ©De Beers Group)
Editor’s Note: This story first appeared in the print edition of the 2022 State of the Majors. Click here to see the full issue. Information related to Russia’s Feb. 24 invasion of Ukraine and the resulting sanctions on Russian diamonds was current as of press time unless otherwise noted.

Like coal, oil and gas, diamonds are a non-renewable resource. Molded by a combination of intense heat and pressure over billions of years, they are neither easily formed nor easily replaced.

“For every diamond you take out of the ground, there’s one fewer to be found,” Gemological Institute of America research scientist Evan Smith says.

Still, the industry has not reached a point where the Earth has no more diamonds to give. There are large pockets of land all around the globe that could be diamond targets, Smith says, and exploration is ongoing in remote places like the Melville Peninsula and Baffin Island in the far northern reaches of his home country, Canada.

There are more diamonds believed to be buried deep in another bitterly cold climate, Siberia, and beneath the ocean floor.

South of the Equator, one African nation is poised to become the only country in the world where the three largest diamond miners—Alrosa, De Beers Group and Rio Tinto—all have a presence: Angola.

The question facing the industry is how economically, and in some cases politically, viable is it to get to the ones that are left?

“We aren’t necessarily out of natural diamonds,” industry analyst Paul Zimnisky says. “We’re out of economic deposits at current prices.”

Heat
Global diamond supply figures maintained by the Kimberley Process (KP), which date back to 2004, show production peaked in the early aughts, climbing to 176.7 million carats in 2005.

Olya Linde, a partner with Bain and Co.’s Energy & Natural Resources practice and one of the authors of the company’s global diamond report for 2020-2021, said prior to the 2008 crisis, the industry had expectations of strong growth.

There was a new middle class coming up in China and India, as well as other Asian countries, that diamond companies were eager and hopeful to capture as their next consumers, bringing growth the industry believed it could not cultivate in the already-mature U.S. market.

These high hopes resulted in “lots of projects in the pipeline,” Linde says, but those projects were put on ice when diamond demand and prices softened during the 2008 crisis.

As the world recovered, the industry benefitted from what Zimnisky describes as a “boom” in diamond buying by Chinese consumers. The surge pushed diamond prices to historic levels in 2011 and rallied investor support for projects that had been paused during the downturn.

The largest of these was the Gahcho Kué mine in Canada’s Northwest Territories, a joint venture between De Beers Canada and Mountain Province Diamonds. The mine was forecast to produce 4.5 million carats per year but, according to De Beers, surpassed 5 million carats in its first 10 months of operation in 2017.

There was also the Renard mine in Québec, operated by Stornoway Diamonds, and the Liqhobong Diamond Mine in Lesotho, operated by Firestone Diamonds (75 percent interest) and the Lesotho government (25 percent).

Production dropped off to 138.1 million carats the following year, a 7 percent decline but still well above the industry’s range of production from 2011 to 2016.

Toward the end of 2019, however, news began to surface about a cluster of patients in Wuhan, China suffering from an unknown illness that caused their temperature to spike and left them short of breath.

Few people realized it then, but this novel coronavirus would shut down the entire world—some diamond mines included—and dominate the headlines for the next two years.

Pressure
De Beers declined to provide comment for this story, noting it would be inappropriate to discuss specifics about future diamond production.

But in a May 2020 interview with National Jeweler, De Beers CEO Bruce Cleaver did speak a bit about the difficulties involved in closing diamond mines, which he described as “complicated ecosystems.”

In deciding which mines to close and for how long, De Beers had to work out a difficult equation, Cleaver explained—how to keep its workers and the communities that surround its mines safe and healthy while not cutting off their sole source of income by shutting down the operations that support them.

It was a problem diamond miners worldwide grappled with throughout 2020, with production dropping 22 percent year-over-year to a historic low of 107.3 million carats, according to KP statistics.

The biggest decreases came from Russia, Canada, Botswana and Australia, Bain noted in its report.

According to Bain, Alrosa lowered production at Botuobinskaya, Almazy, Anabara and Jubilee, as well as a number of smaller mines. (Alrosa did not provide comment for this story in light of Russia’s Feb. 24 invasion of Ukraine.)

In Botswana—De Beers’ largest source of diamonds by far—production plunged 29 percent for the year, the company’s year-end 2020 figures show.

Canada’s output took a hit from the temporary suspension of operations at two mines there, Renard and Ekati, which reopened under new ownership after former owner Dominion Diamond Mines declared itself insolvent.

In Australia, workers at the Argyle mine in Western Australia hauled out the mine’s last load in November 2020.

The closing of the mine, which had been in operation since 1983, marked the end of an era, both from a practical and a sentimental standpoint.

The mine accounted for 10 percent of global production in 2020 and, according to Rio Tinto, was the largest producer of natural colored diamonds in the world.

While most of Argyle’s production consisted of brown diamonds, the mine became famous for the exquisitely colored—albeit relatively small—pink, red and purple diamonds it produced over the years.

Rio Tinto took the best of these stones on a world tour every year as part of the Argyle Pink Diamonds Tender.

Over the years, the highly saturated stones became coveted collectors’ items, skyrocketing in price and morphing into a luxury brand all their own. (Literally; Rio Tinto retained “Argyle Pink Diamonds” as a brand in its portfolio.)

One diamond dealer with an affinity for the Argyle pinks and purples likened the closure of the mine to “the death of a great artist,” while others note the lasting effect its closure will have on global supply.

As Bain’s Linde notes, 11 million carats a year “is not easy to replace,” but that does not mean companies are not willing to try, particularly as rough diamond prices climb.

Time
Following COVID shutdowns in 2020, diamond jewelry demand rebounded more quickly than expected, spurred by the lack of opportunity to spend money on experiences and travel, and the emotional draw of the stones.

Linde says all the investments the industry has made in recent years in emphasizing storytelling and emotion when selling diamonds paid off when the pandemic hit.

“Diamonds struck a chord. They [diamond marketers] were always telling people about emotional connections and during the pandemic consumers turned to that.”

An unexpectedly bullish 2020 rolled into a 2021 that was equally, and again surprisingly, strong for diamond sales.