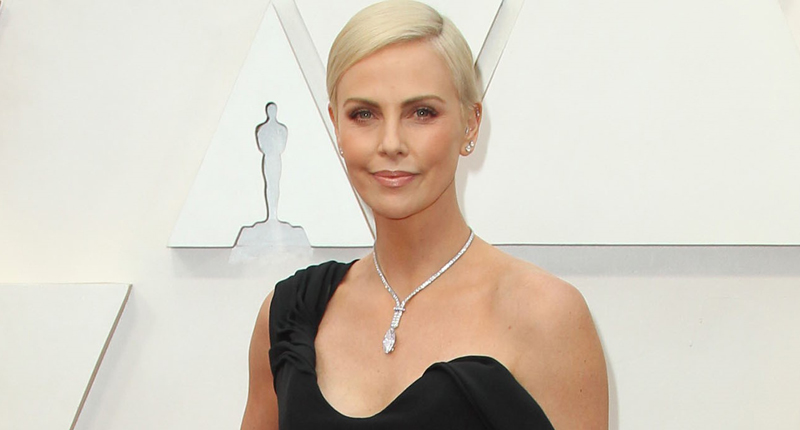 Los Angeles—The 2020 awards show season has provided a glittering, jewel-filled array of red carpet looks, but it’s all really just an elaborate series of appetizers leading up to the main course—the Oscars.

We’ll let you be the judge if the 92nd Academy Awards, held Sunday night in Los Angeles, were worth the wait, or if earlier awards shows outshone the Oscars.

Without further ado, here were the best jewels of the night.

There was nothing little about the Oscar jewelry style of the “Little Women” cast.

The modern, asymmetric design was inspired by Joan of Arc, the designer said in an Instagram post.

Was it just me or was men’s jewelry style less prominent at the Oscars than at previous awards shows?

Leave it to tastemaker Timothée Chalamet to represent fashionable gentlemen everywhere, with a Cartier “Tradition brooch” circa 1955, featuring rubies and diamonds set in 18-karat white gold and platinum.

Why should actresses have all the fun?

Charlize Theron has dared to be different this awards season, and though she might not have walked away with a Best Actress award, her jewels were absolutely winning.

Gal Gadot might have to battle it out with Theron for the award for “Best Tiffany & Co. Oscars Moment” of the year.

Gadot lived up to her “Wonder Woman” alter-ego at the Oscars, though she traded in the superhero’s signature cuff bracelets for a to-die-for Tiffany & Co. “Clara” diamond necklace valued at $2 million.

Leave it to multi-hyphenate powerhouse Janelle Monáe to bring the drama to red carpet dressing.

You likely either hate or love her bold, hooded and crystal-covered Ralph Lauren number, but she gets the thumbs up from National Jeweler for remembering the cardinal rule—major fashion is no excuse for minimal jewels.

Monáe’s hooded look was that much more beguiling because it partially shrouded a mega-watt 18-karat white gold and diamond “Lace of Light” choker from Forevermark.

Julia Louis-Dreyfus took a different approach, pairing a simple sheath with a statement jewel, letting the latter do all the talking.

The actress’ exquisite platinum and diamond “Wave” necklace was from Harry Winston.

Yes to independent designer representation on the biggest red carpet of the year.

Going for the gold, Rebel Wilson was nothing if not on-theme for the awards show. And she was far more glam than an Oscars statuette in her draping gold gown and bold vintage Pomellato collar and barrette.

Hair jewelry has been a red carpet trend this season, with nominee Scarlett Johansson sporting a silver-accented Oscars hairdo and Theron’s SAG Awards diamond hair part. (Lucy Boynton copied the look at the Oscars with pearls in her part to match her Chanel ensemble, but to less-successful effect.)

Wilson’s was the most classic take on the hair jewelry trend, a nod to old Hollywood glamour.

It is Salma Hayek’s tiara that easily owns best hair jewel of the entire 2020 awards season, however.

If only more actresses had taken the opportunity of a night filled with such pomp and circumstance to wear something truly memorable.

The impeccable Zazie Beetz has become one of this publication’s red-carpet favorites since her debut a few years ago.

For her most recent awards outing, the “Joker” actress sported a combination we can’t get enough of—demure attire with over-the-top jewels. In this case, a Bulgari diamond and emerald high jewelry suite that featured not one necklace, but two.

“Harriet” Best Actress nominee Cynthia Erivo has been a breath of fresh air all red-carpet season long, in particular—from a jewelry lover’s perspective, naturally—because of her flaunting of her many ear piercings.

Her Golden Globes jewelry look was her strongest of the season, but it was delightful to see that she didn’t hold back from piling on the jewels (courtesy of Piaget) on her lobes and fingers at the Oscars, bringing a fashion-forward jewelry moment to the most iconic of red carpets.

Mindy Kaling went full drama for her Oscars night attire, sporting a Chopard diamond suite that she told reporters was inspired by the jewels featured in “Ocean’s 8.”

Why should necklaces have all the fun at the 2020 Oscars?

Her “Draperie Bracelet” boasted close to 50 carats of diamonds set in platinum.