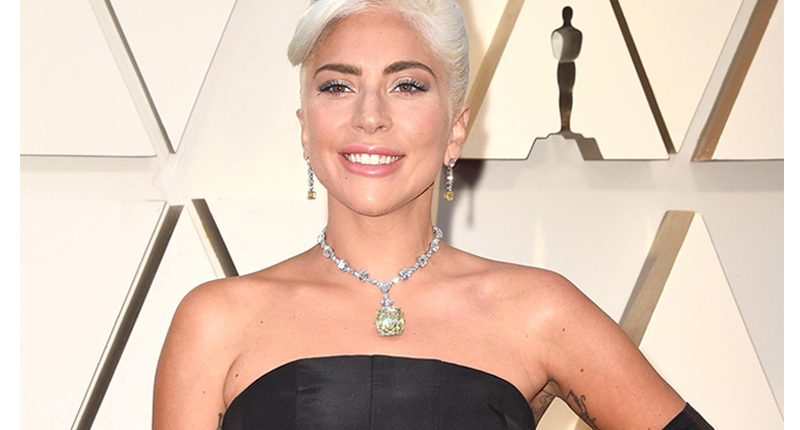 The Most Glamorous Oscar Jewels

Lady Gaga and Tiffany & Co. rounded out a stellar awards season with their most dramatic jewelry look yet.

Statement necklaces and colorful gowns at the 91st Academy Awards held Sunday night topped off a sartorially dramatic 2019 awards season.
Last year, Hollywood restrained itself on the red carpet in a show of solidarity for the Time’s Up movement. This year, the mood was different, as if bedecking oneself in joyful fashion expressions was an assertion of each actress’ personal power.And what a treat that was for viewers, as resplendent as each woman (and several dapper men) was in risk-taking gowns and bold jewelry not for wallflowers.The boldest of them all was, naturally, Lady Gaga, who saved her best Tiffany & Co. look for last.
Embed from Getty Images

The actress and singer donned the Tiffany Diamond, last worn by Audrey Hepburn in promotional images for “Breakfast at Tiffany’s.”

The stone was set into the style Gaga sported, a platinum necklace with more than 95 carats of cushion-cut and round brilliant white diamonds, in 2012 to mark Tiffany’s 175th anniversary.

The pop star paired the stunner with yellow and white diamond drop earrings from the 2019 “Extraordinary Tiffany” collection, and a black Alexander McQueen dress and gloves that felt like an ode to Hepburn’s iconic Holly Golightly character.