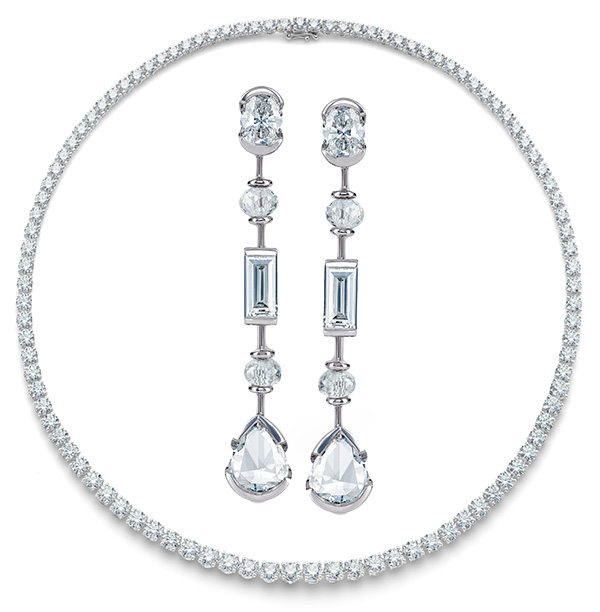 After a very jewelry-light New York Fashion Week and a highly disappointing VMAs red carpet, we’ll admit we weren’t waiting with bated breath for the bling at the Sept. 13 Met Gala.

Turns out we should have been, because these folks pulled out all the stops jewelry-wise. (So. Many. Diamonds.) Here are just a few of our favorites. And be sure to tell us yours in the comments!

The singer-songwriter’s entire look—a crystal crop top and pencil skirt and voluminous black satin cape by Prada, plus diamonds by De Beers Jewellers—was a dazzling exercise in excess. In fact, she wore so many pieces from De Beers that we can’t even picture them all here. (Seriously.)

One of the cochairs of the evening’s gala—along with Billie Eilish, Amanda Gorman, and Naomi Osaka—Chalamet caused quite a commotion on the Upper East Side by walking to the event. (Well, he was wearing Chuck Taylors, so why not, right?) FYI: The chic all-white ensemble and satin tuxedo jacket was created by Chalamet’s go-to designer, Haider Ackermann. And yes, those are sweats. Super-fancy sweats, mind you—especially once he pinned on those vintage diamond Cartier brooches. Diamonds and sweatpants. If that isn’t the most pandemic-era fashion statement ever, I don’t know what is.

Someone always breaks the internet on Met Gala night, and this year it was golden goddess Iman. She said the chandelier-effect, feather-topped cage skirt, gold jumpsuit, and halo headpiece—the result of a collab between Dolce & Gabbana and up-and-coming British-American designer Harris Reed—felt “hopeful.” The ensemble itself would almost have been enough on its own, but thankfully the legendary model knew enough not to skimp on accessories, turning to Fred Leighton and Kwiat for a few terrific vintage statement pieces—plus a pair of earrings designed specifically for her Met gown.

If you don’t know couture-loving Broadway producer and Jujamcyn Theaters president Jordan Roth by now, you should: His risk-taking, inimitable style has been a fixture on Broadway red carpets and events like the Met Gala for years. We knew his look would be major, and Roth—in a collaboration with fiber artist Michael Sylvan Robinson—did not disappoint. For jewels, he added an amethyst Boivin strand from A La Vieille Russie and two major pieces from Lydia Courteille’s Caravan collection, including a 37.5 ct. gobstopper of an aquamarine ring. Roth’s husband, producer and author Richie Jackson, also wore a Courteille brooch.

She took her time arriving, but when she did, my goodness was it ever worth the wait! Swathed in a massive Balenciaga overcoat and dripping in diamonds—more than 267 carats’ worth from Bulgari, including two incredible necklaces (one new, one heritage), two bracelets, and a single (yes, just a single) earring—Rihanna shut it down, as the kids say. She also added a spiky black ceramic diamond ring by Thelma West, which is coming up for sale at Sotheby’s “Brilliant & Black” exhibition, opening Friday, Sept. 17. 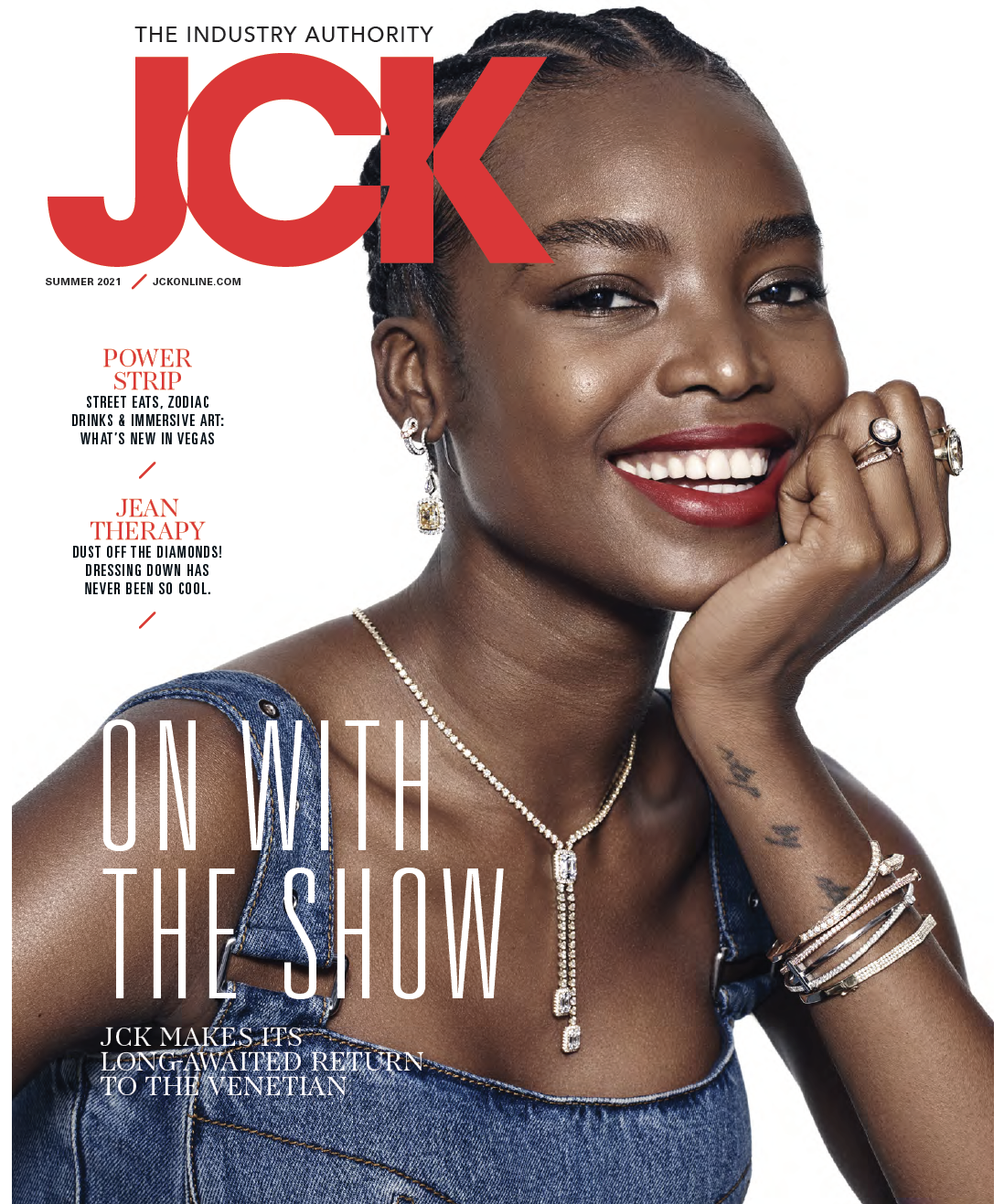 We definitely saved the best for last here. Yes, that is a denim couture gown, designed by Atelier Versace and inspired— Nyong’o’s stylist, Micaela Erlanger, revealed—by Versace Jeans. The gala theme was “America: A Lexicon of Fashion”—and what is more American than blue jeans? Also: denim and diamonds. (In this case: De Beers diamonds—and again, like Rita Ora’s, so many that we can’t even include every photo!) Is there anything better? There might be a reason we’re partial to that combo: May we turn your attention to our summer 2021 cover?