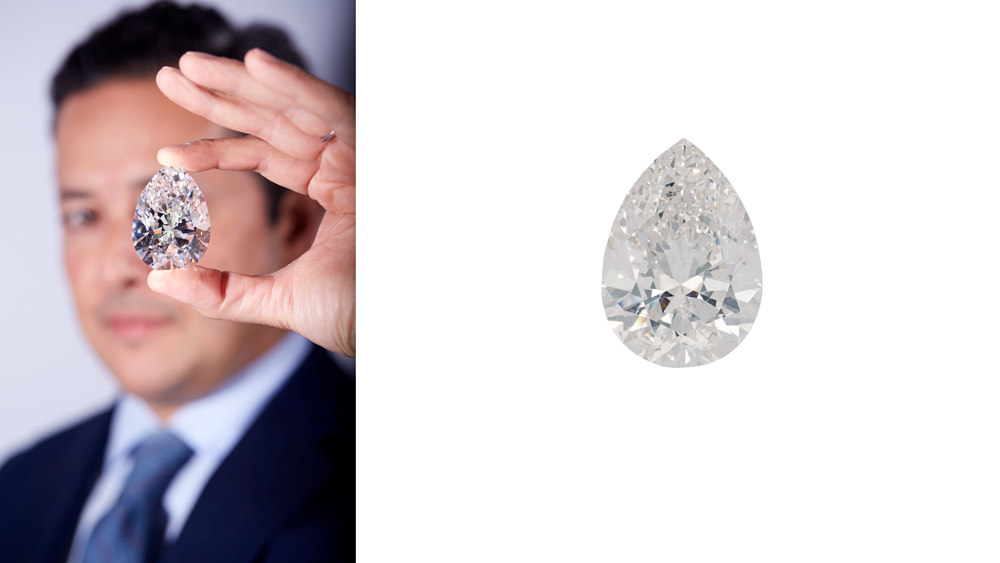 The high-value paddles were out in full force at the Christie’s Magnificent Jewels sale in Geneva this week, where the largest white diamond ever sold at auction hammered in for $21,894,082.

The diamond, nicknamed The Rock, is a 228.31-carat pear-shaped gem that comes with a diamond and platinum pendant mounting signed by Cartier. The Gemological Institute of America certified it as the “largest existing D-to-Z color range pear-shaped diamond” ever graded by their laboratory. It represents a price per carat of $96,000. 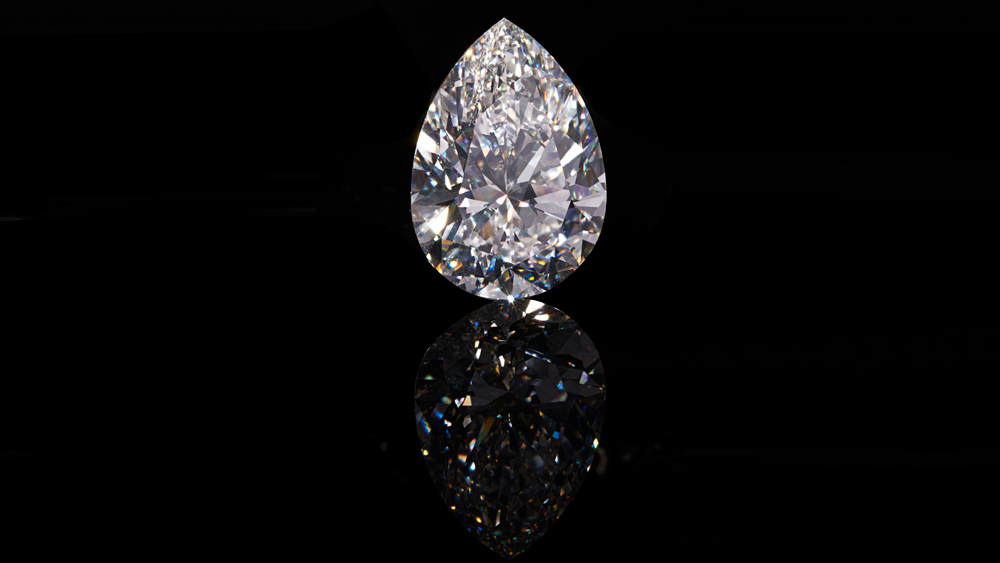 It wasn’t the only monster-size diamond in the lineup. Christie’s also sold the massive 205.07-carat Red Cross Diamond, a fancy yellow cushion-cut stone, for $14,320,624, setting a world record at auction for a fancy intense yellow diamond. A significant portion of the proceeds of the sale will benefit the International Committee of the Red Cross, marking the second time this diamond has raked in proceeds for the organization. The diamond was first sold at Christie’s in 1918 as part of the Red Cross Appeal during the First World War. The anonymous consignor explains, “For nearly half a century, our family has had the privilege of safeguarding the Red Cross Diamond. Since it was first brought to market in 1918, the legacy of this symbol of humanity has always been the support of communities ravaged by war, famine and other hardships endured by people across the world. At this moment in history, we honor the call others have made before us. A significant share of the proceeds will be donated to the great institution whose name it bears as we acknowledge the tireless efforts of the volunteers of the International Committee of the Red Cross.” The International Committee of the Red Cross was founded in 1863, with the aim to protect and assist victims of armed conflict.

The Red Cross sales were held annually during the First World War from 1915 to 1918, raising more than £320,000 (about $394,000), equivalent to approximately £19 million today (about $23 million). People across England donated necklaces, brooches, rings and other jewelry pieces to the 1918 auction, including the Red Cross diamond. It showed up again at a Christie’s auction in 1973 when it sold for CHF 1.8 million (about $1.82 million)—proving that diamonds remain a great investment.

Fetching the third-highest price was the Fürstenberg Tiara, for $2,417,528. The pearl and diamond tiara bears the mark of the famous Austrian jeweler Gustav Flach and previously belonged to H.S.H. The Princess of Fürstenberg, née Countess Irma of Schönborn Buchheim, a member of an aristocratic family in the Habsburg Empire.